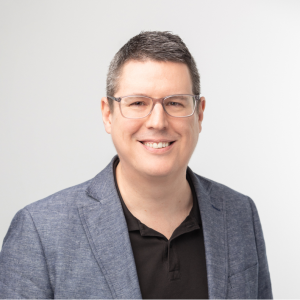 There are moments in meetings that just stick in my mind, and this was one of them. A customer’s IT leadership team was talking about procurement challenges – some familiar, and some unique to their organisation. The IT manager clearly had something particular on his mind, and I wondered what it was, and how I could help.

We discussed the benefits of having procurement managed as a service, of how the IT team was thrust into negotiating terms with vendors, of how margins with their partner tended to creep after that first deal, and how processes had become more complex and impractical. Still, though, I could tell there was something more. Then one of the IT team – let’s call him Phil – popped his head round the door to ask for sign-off on some laptops for the marketing department.

The IT manager looked uncomfortable. It was, he said, wonderful to increase purchasing efficiency and gain access to consistently low margins from vendors, but the story didn’t end there. Receiving machines and preparing them for users was still necessary – but it was taking a lot of Phil’s time. At a level 2 tech salary of around $90,000 per year, the IT manager would prefer Phil to be doing something else.

Phil emphatically agreed. After working hard to get the right qualifications and some solid experience, he was itching to spend more time on a project to improve productivity in the customer service department. Phil was clearly busy, but I asked him about the process he was following.

A group of ten HP desktops had just arrived after a three week wait. Phil was about to collect them from the warehouse, then carry them up to his third-floor desk. He was hoping the trolley would be available, so he could do it in fewer journeys. When he got the machines to the IT department, he would unbox each and switch on, then set up a standard operating environment (SOE) on each. Given the available space, he could do four at a time – an improvement, he said, on his previous job, where this was done in pairs.

It would, said Phil, take an average of around two to three hours per device to set up the desktops. He would then have to asset tag each one, and then box them back up. Because the users were in branch offices, Phil would have to take the boxes back to the warehouse, and work with the staff there to get each box sent to the right location. Once delivered, he would then guide users in the branch offices through any set-up concerns.

When we added together Phil’s box-moving, unpacking, set-up, re-packing, more box-moving, and discussions with the warehouse, plus user support for set-up, it took him close to 40 hours to complete the process. The users, meanwhile, got operational machines after almost four weeks from when they ordered them. The rest of the team looked at Phil with a mix of sympathy every time he left to go and carry boxes. They were short on IT resources, and all this time, they had a skilled person carrying boxes.

I introduced the group to our Zerotouch service, where we do every step of Phil’s process for a nominal fee per machine, and they didn’t take long to do the math. Put together with our Techflow portal service, with agreed standard equipment and bundles available through a portal branded for their own organisation, users are receiving fully set-up equipment in days. All without Phil having to do a thing.

Better Use of IT Resources

Phil turned out to be a hidden gem. Freed from procurement duties and box carrying, he set about a series of productivity projects with gusto. All those visits to the warehouse did come in handy, though – he’s been working on transforming shipping processes to improve customer satisfaction.

Visits with other customers made me realise that there are a lot of Phils out there. In fact, almost every organisation is holding their own Phil hostage in a web of procurement and deployment duties that he’s over-qualified to do. There is a real satisfaction to knowing that our as a service models can have a ripple effect that empowers our customers to do more. We are providing an alternative that works.

Time to free your own department and meet service levels on procurement without tying up skilled resources? Request an assessment from our Zerotouch team today.

Our latest promotions and offers are listed below. For any requirements you might have, please get in touch with our team on 1300 738 237.

Next Technologies is one of the first Apple Authorised Resellers to be reappointed as an Apple Solutions Expert for Education in Apple’s new program for 2020. As part of our commitment to engage and promote Apple within schools – we are proud to launch our new microsite, Apple in Education – Inspire Minds.

The new HP Education range of devices are designed to thrive in and out of the classroom, delivering meaningful outcomes for students, schools and communities. HP and Next Technologies are providing evaluation education notebooks for testing in your school.

How can we help?

Please provide the details below, and our Dell Technologies Education team will respond within 4 business hours.

Please provide the details below, and click Download Now. Once downloaded, you will be able to run the Live Optics data collector and receive Insight Reports.